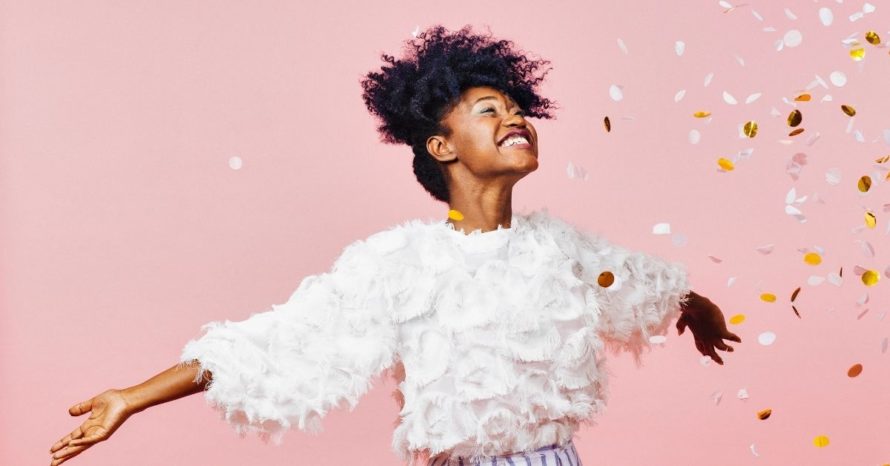 Serotonin is a key hormone in promoting feelings of happiness and well-being. It plays a role in regulating your digestion, sleep, bones, inflammation, libido, and memory. If you’re dealing with depression, anxiety, mood disorders, or insomnia, you may want to ask your doctor about a possible serotonin deficiency.

You can support your body's natural happiness hormone by understanding how serotonin works in the body. Discover how to increase serotonin naturally with simple lifestyle changes, and learn when your body might need support from supplements or medications.

Depression is a very real struggle, and support is easy to reach. If you've found this article because you are considering self-harm, call the National Suicide Prevention Lifeline at 1-800-273-8255 right now, or visit their website for free, 24/7 live chat support.

Serotonin (5-hydroxytryptamine) is a molecule that helps your nervous system communicate. You may know it as “the happy molecule” for its role in regulating happiness, anxiety, and mood. While most serotonin operates in the gut, scientists best understand the effects of serotonin in the brain, where it impacts our mood and sleep.

Is Serotonin a Hormone or a Neurotransmitter?

What Does Serotonin Regulate?

Serotonin plays several roles throughout the body, many of which we're still working to understand. Did you know that 95% of your serotonin actually exists in your gut and not your brain? Still, we tend to associate serotonin with its effect on mood and happiness.

Research shows that high serotonin in the brain general means happier moods, while low serotonin may be linked to an increased risk for depression.

That said, it’s not entirely clear whether serotonin regulates our mood, or our mood affects our serotonin. Research shows that adequate serotonin in the brain is important in regulating our anxiety and fear responses.

Serotonin also supports healthy sleep. Our bodies use serotonin to produce melatonin, the hormone that regulates our inner clock and sleep cycles. Our digestive system also benefits from serotonin, as it plays a role in regulating sugar levels, reducing inflammation in the gut, and keeping food moving through your digestive tract.

You can read all about serotonin deficiency and its symptoms here.

Because we can't test directly for serotonin levels in the brain, your doctor may identify a serotonin deficiency through symptoms. The best-known signs of low serotonin include depression and anxiety, often accompanied by poor sleep. Less severe symptoms, such as general sadness (especially with a lack of sunshine), low self-esteem, brain fog, and anger can also point to low serotonin.

How To Increase Serotonin With Drugs

Many pharmaceutical treatments for depression and anxiety focus on boosting serotonin. SSRIs, or selective serotonin reuptake inhibitors, are a common group of prescription antidepressants. SSRIs don't actually increase serotonin, but they do help your brain get the most mileage out of the serotonin already present.

How do SSRIs work?

Serotonin acts like a messenger in our brains' synapses (the space between neurons). As long as serotonin is present in the synapse, it can continue sending messages. Eventually, active serotonin molecules get reabsorbed by a neuron. SSRIs can reduce symptoms of depression by preventing this reabsorption, allowing the serotonin to stay in the active synapse area.

While SSRIs can be hugely beneficial in some cases, they have a downside: the long-term use of SSRIs can make serotonin deficiencies even worse. Additionally, while SSRIs can reduce depression symptoms by increasing serotonin availability, they don't address the root cause of low serotonin levels.

If you are on an SSRI or SNRI and wish to stop, you must absolutely bring this up with your prescribing doctor and adhere to their guidance on dosage. The side effects of stopping SSRIs abruptly can be brutal and dangerous, and this isn't something you can always power through. You can avoid a lot of suffering and side effects if your doctor is keeping a close eye on your dosage adjustments and symptoms.

How To Increase Serotonin Naturally

Everyone is different. For some people, an exercise session and some time outside will create an immediate sense of relief. For others, these strategies may address symptoms gradually over time. Some cases are severe and require medical intervention. As always, it's best to involve your doctor in any concerning health matter.

Here are some things to try that could increase serotonin naturally, with simple lifestyle changes that may support your serotonin production.

Soak up some sun

Sunshine makes you happy, and science agrees: Exposure to sunlight helps increase serotonin production. This can help explain the seasonal depression that affects so many people in the darker winter months and shine some light on the benefits of getting outside.

Several studies show that exercise may increase serotonin and tryptophan (the building block of serotonin) levels in the brain. More research links exercise to improved mood, making it a potentially low-risk, low-cost treatment for depression.

Here's good news: among the many benefits of massage, research shows an increase in serotonin and decreased cortisol (the stress hormone) following massage. In this study on depression in pregnant women, mothers who received regular massages from their partners reported happier moods, lower anxiety, and healthier outcomes for their babies.

“Want to be happier? Stress less!” I know, I know, this sounds almost offensively unhelpful. Before you roll your eyes, let's glance at the facts: Excess stress causes your body to produce cortisol, and rising cortisol levels deplete serotonin. Finding simple ways to reduce your daily stress, such as meditation, taking a walk, or dancing to your favorite song, can help save your serotonin.

While there's nothing wrong with an occasional toast, alcohol can wreak havoc on our hormones. Alcohol has depressant effects of its own, and excess consumption can reduce the serotonin levels in your brain.

Plus, alcohol isn’t great for hormones overall. You can read about how alcohol can affect your hormones and periods here.

How many of us reach for the snacks when we feel blue? 🙋🏻‍♀️ It turns out that the sugary or high-carb snacks we use as comfort foods actually give us a quick hit of serotonin. But as you might guess, this isn't the way to go. Sugar and refined carbohydrates can also spike cortisol and contribute to inflammation, two factors that will crash your mood just as quickly.

You can read more about the Anxiety-Sugar Connection here.

Instead of reaching for sweets, try adding these serotonin-boosters to your diet.

Click here to learn more about the benefit of omega-3 fatty acids.

Research shows that theanine, an active compound in green tea, and curcumin from turmeric, can both raise brain serotonin levels. Even more, these ingredients also reduce inflammation, making them beneficial additions to your pantry.

Learn more about the benefits of turmeric here.

Tryptophan is the amino acid our bodies use to create serotonin. It's also a unique example of a time when a supplement might be more beneficial than a whole food. Here's why: tryptophan is the building block for serotonin, but this essential amino acid is found in protein-rich foods such as milk, nuts, meats and cheeses. It turns out, a high protein meal actually decreases the amount of tryptophan that can enter the brain (and thus the serotonin the brain can produce).

Especially in latitudes with less sunlight, vitamin D deficiency is very common. Vitamin D, which our bodies produce in response to sunlight, is a necessary factor in the brain’s production of serotonin. Your doctor can help you evaluate your vitamin D levels with a blood test, in order to understand if supplementation can benefit you.

You can learn more about the benefits of vitamin D here.

Despite its common use, I do not recommend 5-HTP as a serotonin-boosting supplement to treat clinical depression without the supervision of your provider. 5-HTP is the precursor to serotonin, which your body also converts into melatonin, a molecule that aids in sleep. Unlike serotonin, 5-HTP is small enough to cross the blood brain barrier.

These factors make it sound like an enticing supplement for those with both depression, but high dose 5-HTP has some serious side effects.

With long-term use (consistently taking for years), as it actually depletes dopamine and norepinephrine, two other neurotransmitters critical to mood regulation. Even with sufficient serotonin, a deficiency in these neurotransmitters can also lead to depression.

Further, researchers linked long-term 5-HTP use with pre-existing heart valve disease in rats. That may or may not hold true for humans – further research is needed.

And if you're on SSRIs, 5-HTP is a big no-no. Supplementing 5-HTP should never happen together with SSRIs or other antidepressants, a combination that can lead to dangerously high levels of serotonin, known as serotonin syndrome.

If you suspect a serotonin deficiency is affecting your mood, start by talking to your doctor. These articles can serve as a guide to help your conversation and make sure you have the information you need. 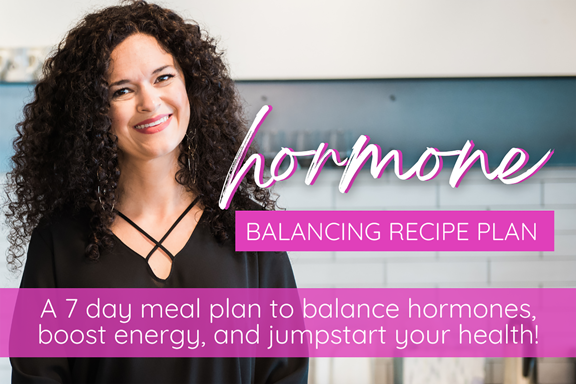 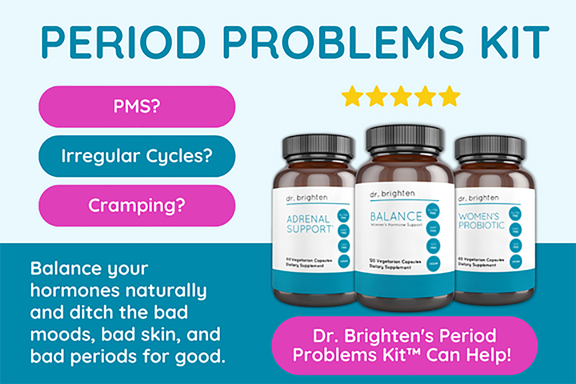 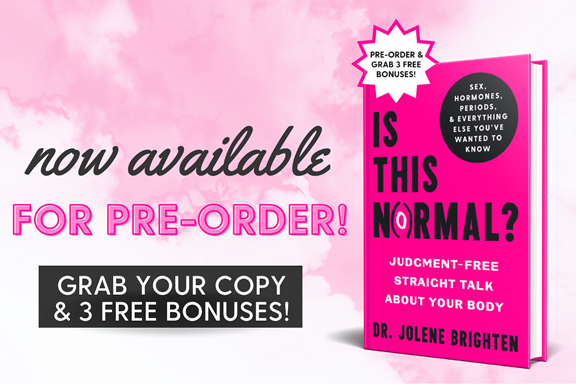