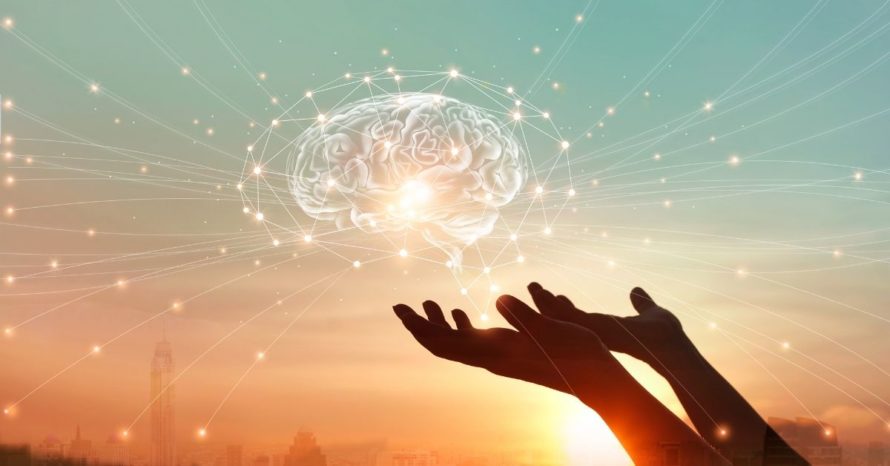 Serotonin (also known as 5-hydroxytryptamine, or 5-HT) is one of the most talked-about neurotransmitters– molecules that help your nervous system communicate. You may know it as “the happy molecule” because of its role in regulating happiness, anxiety, and mood.

The best-known indicators of low serotonin include depression and anxiety, but it plays a larger role in the body as well. This hormone (yes, it's a hormone!) also affects your digestion, sleep, bones, inflammation, libido, and memory.

If you found this article because you are thinking about harming yourself, call the National Suicide Prevention Lifeline at 1-800-273-8255. You can visit the organization’s website for their chat option, if you prefer to speak with someone that way.

What Is Serotonin Deficiency?

In both the gut and the brain, your body makes serotonin from an essential amino acid called tryptophan. Things that slow this conversion, deplete serotonin, or reduce receptors can lead to serotonin deficiency symptoms. Some significant factors include:

It's no secret that sunshine works wonders for happiness. Exposure to sunlight helps increase serotonin production. With so much of our lives spent cooped up indoors, sunlight is often the missing ingredient. The sunlight-to-serotonin connection also helps explain why so many of us suffer the seasonal blues in darker months, also referred to as seasonal affective disorder.

Vitamin D, which our bodies produce in response to sunlight, is also specifically needed in the brain's pathway to build serotonin. Vitamin D is needed to activate the enzyme that helps in the production of serotonin. You can learn more about the benefits of vitamin D here.

Vitamin D deficiency is common, even in areas of the world with sufficient sunlight exposure. The best way to evaluate your vitamin D is through lab testing. This will help you understand if supplementation is necessary.

Click here to learn more about the benefit of omega-3 fatty acids.

Long-term Use of SSRIs

Selective Serotonin Reuptake Inhibitors (SSRIs) are a family of commonly-prescribed antidepressant medications. They work by blocking the protein that “cleans up” serotonin, meaning each serotonin molecule can stay active for a longer period of time.

While SSRIs may be a good option for some, their long-term use can make serotonin deficiencies even worse.

If you are on SSRIs and you want to stop taking them, you must absolutely bring this up with your prescribing doctor and adhere to their guidance on dosage. The side effects of stopping SSRIs abruptly can be brutal and dangerous, and this isn’t something you can always power through. You can avoid a lot of suffering and adverse effects if your doctor is keeping a close eye on your dosage adjustments and symptoms.

Other hormones in the body also help regulate serotonin production, especially estradiol. Estradiol levels can plummet during menopause, after giving birth, and after quitting hormonal birth control, and serotonin levels take a nosedive along with it. This is an important factor in depression during menopause, postpartum depression, and post-birth-control syndrome.

Finding ways to manage and reduce stress can only make room for more happiness, and science agrees: Excess stress increases your body’s cortisol levels, and cortisol actually depletes your serotonin.

Tryptophan, an essential amino acid (essential meaning your body doesn’t make it – you have to get it from food), plays a role in serotonin production. But just getting adequate tryptophan isn’t enough. High levels of inflammation (such as with irritable bowel syndrome) can cause your body to break down tryptophan before it has a chance to enter the brain and be used to make serotonin. This is one of the ways inflammation may contribute to depression.

If you’re looking for some anti-inflammatory recipes, check out my free hormone balancing starter kit that contains free recipes and a meal plan to help you get started.

Serotonin plays many roles in the body, some of which scientists are still working to understand. For a look at serotonin deficiencies, let’s focus on three major categories: mood, sleep, and metabolism.

Experts associate many mood disorders and mental health effects to serotonin deficiency. Research also shows that adequate serotonin in the brain is important in controlling our anxiety and fear responses.

Common mental health disorders associated with or exacerbated by serotonin deficiency include:

But a full-fledged diagnosis isn’t always the case. Sometimes serotonin deficiencies can have more subtle effects, or feel harder to name. General sadness (especially with a lack of sunshine), anxiety, low self-esteem, brain fog, and anger can all point to low serotonin. Over time, serotonin deficiencies can increase the risk of more serious cognitive diseases such as dementia, Alzheimer's, and schizophrenia.

More than just fueling happy thoughts and sweet dreams, serotonin is actually necessary for sleep itself. Your body needs serotonin to convert into melatonin, the hormone responsible for running your body’s inner clock, and helping you catch your zzz’s.

Hyperactivity, or difficulty falling asleep, staying asleep, or reaching deep sleep, can all be symptoms of a lack of melatonin and serotonin.

Serotonin has several vital roles in your digestive system, including regulating your sugar and digestive homeostasis, regulating inflammation in the gut, and helping food move through your digestive tract. Serotonin levels may also have a role in some metabolic diseases.

The effects of serotonin on digestion and metabolism are much harder to pinpoint since so many factors can be involved in digestive issues. While these factors might not be enough to diagnose a serotonin deficiency, you can certainly watch for improvement here as you begin healing and increasing your serotonin levels.

In conventional medicine, the first line of defense for depression is often prescription antidepressants. While these may be a solution for some, they can have serious side effects, and may not work for some people.

In mild to moderate cases of serotonin deficiency, you can experiment with natural ways to boost your serotonin levels.Targeted supplements, tryptophan-rich foods, and simple lifestyle changes like stress reduction, meditation, exercise, and natural sunlight may be enough to do the trick. We’ll dive more into boosting your serotonin in our upcoming article.

What Is A Serotonin Deficiency Test?

While there is a test for serotonin in the blood, it’s actually only useful in diagnosing certain serotonin-producing tumors that would cause abnormally high levels. There’s no direct test for serotonin deficiency, since the serotonin in your bloodstream or urine doesn’t necessarily correlate to the levels in your brain. (Remember, serotonin can’t cross the brain’s protective barrier).

Instead, your doctor can assess whether or not you have a serotonin deficiency after evaluating your medical history and symptoms.

How Long Does It Take To Recover From Serotonin Deficiency?

The time needed to restore healthy levels of serotonin varies between individuals. Factors include the severity of deficiency, the treatments used, and other impacting factors such as diet, daily stress, and management of depression, anxiety, or related disorders.

If you are beginning treatment to increase your serotonin, try tracking your symptoms with journal entries or weekly reflections, and be patient with your body as it heals.

In our upcoming article on serotonin, we’ll round up the top ways to support your serotonin levels.