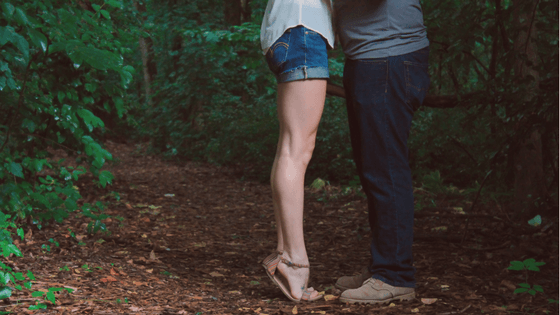 There are several non-hormonal birth control options and alternatives to the pill. Perhaps you, like many women, are experiencing symptoms associated with the pill like depression, nausea, low sex drive or headaches. Or perhaps you've got a sneaking suspicion that your adrenal and thyroid issues may be linked to the pill.

Or maybe you were given the pill to treat symptoms. Like more than half of women prescribed the pill, you may have been given it for a symptom you once brought to your doctor's attention.

These days we see doctors recommending the pill for just about every female health concern—PCOS, acne, heavy or painful periods, and many more.

The pill does not fix your hormone imbalance.

Which means it won't fix your periods. It won't fix your acne. And odds are that if you have found yourself reading this article…you already knew this or had a feeling it was true.

Most women intuitively have the feeling that while the pill may have made their periods easier, more regular or made those pesky hormonal symptoms disappear, it didn't actually address WHY they had those symptoms in the first place.

The problem is that while the pill may make some of those symptoms disappear, it has side effects and the ability to cause a lot of trouble in a woman’s body. These side effects are why more than half the women who ever start the pill decide to quit it.

What ever your reason for ditching the pill, I want you to know there are non-hormonal alternatives that prevent pregnancy.

Hormonal symptoms on the pill or after you stopped? Download the birth control recipe guide to help you bring your hormones back into balance.

How to Choose a Non-Hormonal Birth Control Alternative to The Pill?

The first and most important thing you should know before we proceed is that this is YOUR decision and that you’re unique. What works for your mom, sister, or neighbor, won’t necessarily work for you. Each of us needs to weigh the pros and cons in the context of our life and our bodies and make the decision we feel is best.

I recommend reading the list that follows and then taking questions to your doctor to discuss which non-hormonal birth control would be best for you.

Here’s some fertility basics to keep in mind as we go through the following methods:

When used correctly, only about 2 out of 100 women will become pregnant. That number jumps to 18 per year with imperfect use. The user has a huge influence on the outcome. To see how to use a condom, watch this.

Partner condoms with Fertility Awareness Method and you’ll only need them about a 6 days out of the month! Remember, condoms serve an important purpose in preventing STIs and HIV.

Condoms are typically made of latex, natural membrane (read lambskin), or synthetic materials, like polyurethane. Here’s what to know about each:

Spermicides placed in condoms have not been shown to be more effective. In fact, the addition of spermicide shortens the half life of the condom, meaning I higher rate of failure. In addition, there have been studies showing an increased rate of urinary tract infection in women. 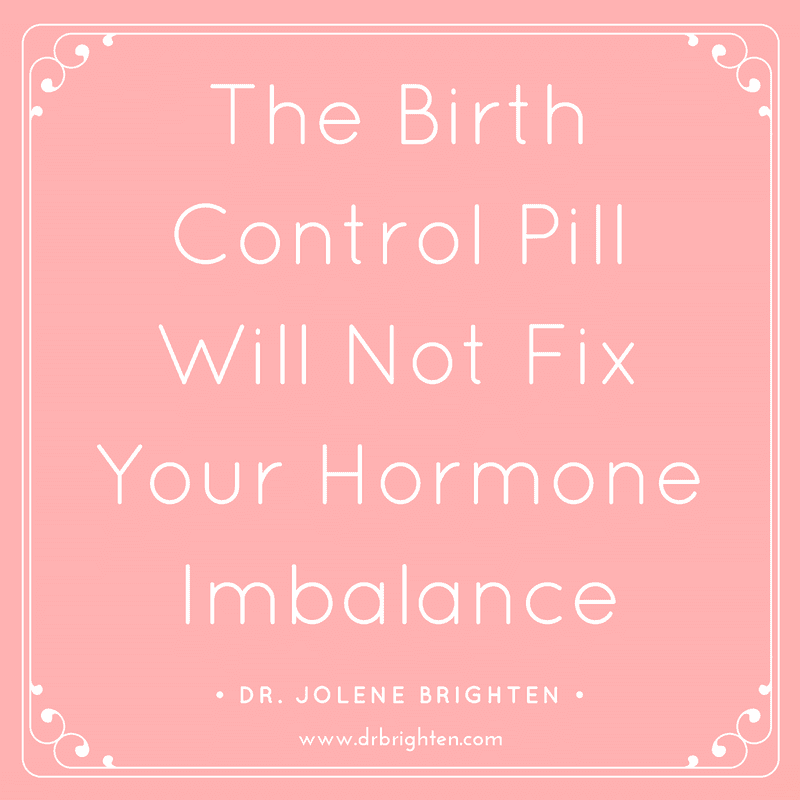 Fertility Awareness Method (FAM), also commonly referred to as the rhythm method (though they are not the same thing) and natural family planning, is a non-hormonal and non-invasive approach to birth control. It is designed to teach you how to predict the signs of ovulation based on the signals your body is providing you.

There are several methods of FAM (you can read more here), but the most effective has been shown to be the Symptothermal Method.

You can make use of fertility tracking technology, like the Daysy Fertility Monitor, to take all the guess work out of the method.

What’s the Daysy Fertility Monitor and How Does it Work?

Daysy is a mini computer that contains the data from literally millions of cycles. There’s a bit of “getting to know you” time when you begin using Daysy — initially Daysy will need to learn your cycle, but in doing so, it will compare your cycle to the data it has collected from other users to begin to predict ovulation.

Once there is enough “you” data, Daysy will begin comparing your new cycle information to your previous cycles and get even more honed in on when you might be fertile. Dasys gives you a fertile window that includes the earliest day you could possibly become pregnant.

Daysy is color coded, making it really easy to decipher where you are in your cycle. Every morning (the moment your eyes pop open) you will take your temperature using Daysy and she’ll give you a clear signal via a colored light to tell you what to expect that day.

The shift in your hormones causes shifts in your Basal Body Temperature. Daysy uses a complex algorithm to determine when your temperature spikes, which accompanies ovulation. And just like it takes 3-4 cycles to get enough data to predict your ovulation with any other FAM, Daysy also takes several months in getting to know you.

How Effective is Daysy?

As an aside, there’s been evidence that the Pearl Index may actually be higher for birth control pills than previously thought. In one review, birth control pills were found to have a Pearl Index of 4, which is thought to be more representative of actual users in the market, opposed to those who are knowingly participating in a study. Because of this, there is an expectation that failure rates for the pill will be higher than what studies report.

Ok, back to Daysy!

Where does Daysy fall on the Pearl Index? They report a Pearl Index of 0.7.

That means for every 100 women using this method in a year, you can expect 0.7 of them to become pregnant.

Or in other words…This non hormonal birth control is 99.3% effective.

If you’re interested in learning more about Daysy you can check them out here. 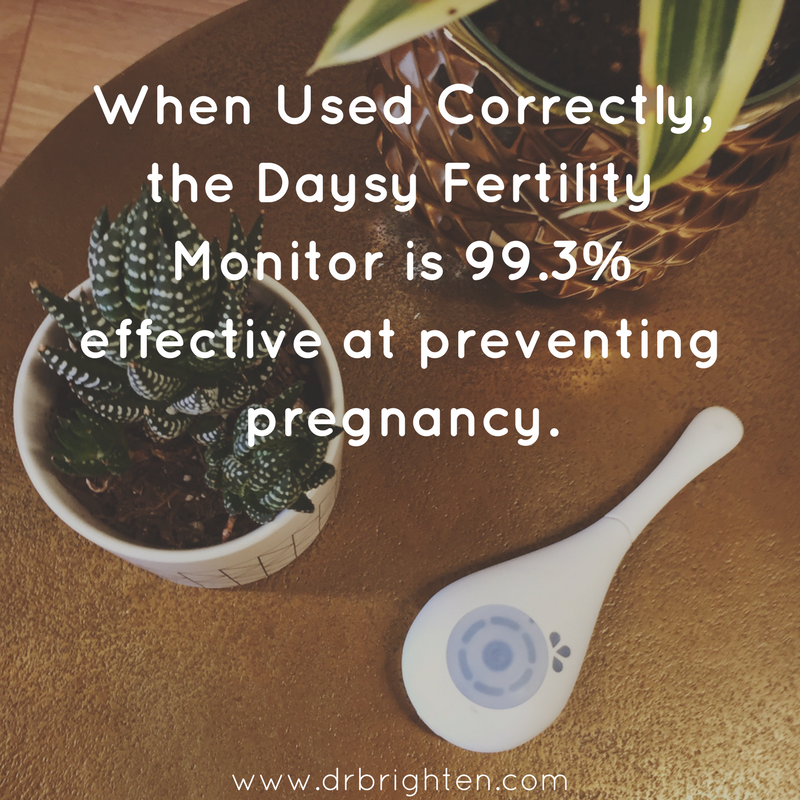 This is a flexible silicone dome that fits over the cervix and is reusable. Spermicide is placed in the diaphragm before it is placed to create a chemical barrier to sperm.

With perfect use, about 6 out of 100 women will become pregnant in a year when using this non hormonal birth control option. That number jumps to 12 out of 100 with typical use. Placing a diaphragm correctly does take some skill, but it is absolutely something you can master. Meeting with your doctor to discuss how to most successfully use the diaphragm can help you be the most successful with this method.

Another tip for making this method work for you is to make sure you are caring for it properly and to inspect it each time before use. To do this, hold your diaphragm up to the light to inspect for any holes or tears.

Contraindications to Using the Diaphragm:

You’ll need to have your diaphragm refitted if you have a weight change of more than 10 lbs or if you have given birth, had a miscarriage or abortion. Diaphragms are also refitted if discomfort during intercourse or frequent UTIs occur and following pelvic surgery

Thinking about ditching the pill? Grab your guide to preventing Post-Birth Control Syndrome!

This is a smaller version of the diaphragm that is meant to cover and hold spermicide against the cervix.

In women who have not given birth, about 16% will become pregnant in the first year while using the cervical cap. If you have had a baby? Well, then you’re looking at about 32% chance of getting pregnant.

It’s about a 2-inch wide foam disc containing spermicide (1,000 mg of nonoxynol-9) with a nylon loop attached for easy removal.

This too is dependent on whether or not you’ve had a baby. In women yet to birth, about 12% will be pregnant in the first year with this method. If you’ve had a baby then that number jumps to 24%.

A note on the Cervical Cap and the Sponge: Both of these methods have been shown to be less effective than the diaphragm so I don’t recommend them if you’re serious about not getting pregnant.

The copper IUD is a small T-shaped device that is placed in the uterus by a gynecologist, midwife, or family doctor at their office. It has about a 0.5-0.8% efficacy rate with the first year of use.

While many women have heard the stories of scary infections associated with the IUD, they are actually quite uncommon, especially after the first 30 days of having it placed.

In the case of Pelvic Inflammatory Disease, a very serious pelvic infection that can result in infertility, the risk is about 1% in the first 20 days after placement and 0.1% cumulative risk thereafter. It doesn’t appear that the risk increases with longer use.

Expulsion of the IUD is when the IUD becomes dislodged and can be moved out of the body by the uterus. Being less than 25 years of age puts you at higher risk for this occurrence and it appears there can be other hormone related risk factor for this, which is why a conversation with your doctor is a must if considering this.

Some women have reported copper toxicity with this form of non hormonal IUD. While the research is lacking, copper levels can be monitored with a simple blood test.

The most common side effect I see with women using the copper IUD is increased menstrual flow and/ or menstrual cramps.

This method isn’t without risks, so it is best to meet with your doctor to discuss if this is the best option for your contraceptive needs.

The Withdrawal Method (aka the “pull-out” method):

If you’ve ever fallen back on this method I want you to know you’re not alone. The majority of women in my practice have admitted to using this non hormonal birth control option at least once in their sexual history.

It’s exactly what it sounds like—prior to ejaculation, a man withdraws his penis from the vagina.

You might be surprised to hear this method is more effective than sex-ed or your doctor would tell you. With perfect use, only about 4 women will become pregnant in a year. But if the guy isn’t “on his game” then that number is more like 22 or 1 in 5. So, because of the risk involved, we wouldn't recommend this as the best non hormonal birth control option.

While I wouldn’t advocate for this method if you’re serious about a baby-free life, it is good to know that there is some efficacy to the practice.