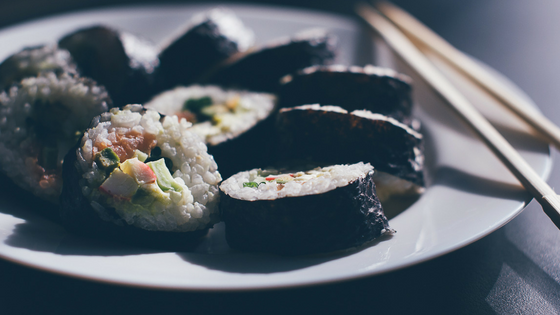 What is the iodine hypothyroidism connection? ‘Is iodine bad for hypothyroidism?’ This is among the most common questions I am asked by my patients.

While it is true that your thyroid requires iodine to make thyroid hormone, too much iodine can harm certain individuals. In this video, I review who should be careful about taking iodine and what foods best meet your iodine needs.

I was inspired to give this live presentation after a return patient visit at my Portland clinic with Jenny. In reviewing Jenny's chart I remembered the first question she had for me, “Could iodine have actually hurt my thyroid?” She was right to be suspicious, Jenny was given 65 mg of iodine daily to treat her hypothyroid condition. The problem was, her doctor hadn't checked for antibodies or her iodine before prescribing that does.

Jenny had been keeping a journal of how she was feeling. She noted that after 3 days on the iodine supplement she thought she had the flu. This was a big clue to me that the root of her issues was likely autoimmune. After a week she was more exhausted than before, which eventually led her to abandon all supplements. But she still didn't feel right.

Note: If you have hypothyroidism you should also keep a journal of how you feel. Especially when changing your diet or trying new supplements. This is incredibly valuable information for your doctor… and if it's not, then you might need a new doctor.

When I checked Jenny's TPO antibodies they were well over a thousand. During our visit, I had noticed her thyroid was boggy and so I sent her for a thyroid ultrasound. This confirmed chronic lymphocytic infiltration…or in English…her immune system was attacking her thyroid. No wonder she felt bad!

How Can Iodine Cause So Much Trouble?

There's a lot of controversy about iodine in thyroid health.

I explain more about this in the video and how a high dose iodine supplement is typically used in medicine. (Spoiler Alert: It is NOT for hypothyroidism).

The mechanism by which iodine can cause problems for those with hypothyroidism is well understood in medicine.

Your thyroid is responsible for processing iodine, which results in the production of hydrogen peroxide. Yes, the very same stuff that comes in a brown bottle and gets fizzy when applied to a wound. Hydrogen peroxide is a free radical which does an excellent job of destroying pathogens. And just the same hydrogen peroxide destroys your own tissue.

This all sounds bad, but really, when there is adequate selenium in the body then this isn't much of an issue…unless you are taking excess amounts of iodine. And if you are taking even a normal dose of iodine (150 mcg) and are selenium deficient then this too can ramp up the hydrogen peroxide production and thyroid cell destruction.

The American Thyroid Associate cautions against dosing above 500 mcg and notes that dosing above 1100 mcg could cause thyroid dysfunction. I explain more about safe dosing iodine in the video.

But in the case of autoimmunity, iodine poses another risk.

Hypothyroidism is About More Than Iodine Deficiency

While there are people who feel that everyone universally needs high dose iodine, clinically, I do not agree. If you are a hypothyroid woman in my practice I want to first know why you are hypothyroid and what we need to do right now to help you feel better. And you better believe I am going to run a complete thyroid panel.

Hypothyroidism and Hashimoto's are complex. In my experience, every woman has a unique history with different contributing factors that must be addressed. What I don't see is universal iodine deficiencies.

For Jenny, she had developed hypothyroidism after the loss of a close family member. In her story, she shared how she wasn't sleeping, wasn't eating and felt like she had no one to talk to. It was clear that the stress and lack of support Jenny had was “the straw that broke the camel's back.” Ever since her energy had been at an all-time low, her hair falling out and weight was continuing to climb.

Jenny sought help and she got an answer—a diagnosis of hypothyroidism. With a TSH of 5.8, her doctor started her on high dose iodine to “make the thyroid make more hormone.” And while this might seem like a logical step, no one had asked why she was hypothyroid or if she had an iodine deficiency.

After hearing her story and ordering her labs, I started her on high dose selenium for a short period. Then reduced to a maintenance dose of 200 mcg daily. It can be helpful for those with iodine excess to supplement high dose selenium. This should only be done under a doctor's supervision.

At her next visit, she reported feeling much better. We had started her on adrenal support, along with a low dose thyroid medication. For the first time in years Jenny's energy was up and her weight was going down.

Did we eliminate all iodine from Jenny's diet?

We started with avoiding all sources of iodine for 30 days while we investigated with lab work. After 30 days we introduced seafood, which was well tolerated. Jenny's next step was to work with my clinic's nutritionist to get on a balanced thyroid diet meal plan.

After 3 months Jenny's antibodies were coming back down and her thyroid was no longer feeling enlarged. Jenny was feeling better and wanted to do a liver cleanse using spirulina and chlorella. I was grateful she waited to discuss this during our visit, rather than starting the supplements on her own. Because both spirulina and chlorella are significant sources of iodine. I advised against this because we did not want to risk another flare and instead recommended my Paleo Detox Kit. It does a better job of supporting full system detoxification and is well tolerated by my Hashimoto's and hypothyroid patients.

My next appointment following Jenny was a new patient who had been given 30mg of iodine to treat her thyroid. She too was asking if this could have caused harm! It was after this visit that I decided I needed to share Jenny's story. More women needed to know what nutrients can be best for their thyroid.

Jenny is making incredible progress and began the Thyroid Support Supplement Kit, which has a lower dose of iodine and is balanced with selenium. Had she continued down that road of high dose iodine she would have found herself in a heap of trouble. We got her stable and then brought in nutrients and herbs to support her thyroid and Omega Plus, which helps support a healthy immune system.

I hope this information has helped you and that it will prevent other women from having a similar experience.