IUD Side Effects: What to Know about Hormonal and Copper IUDs - Dr. Jolene Brighten 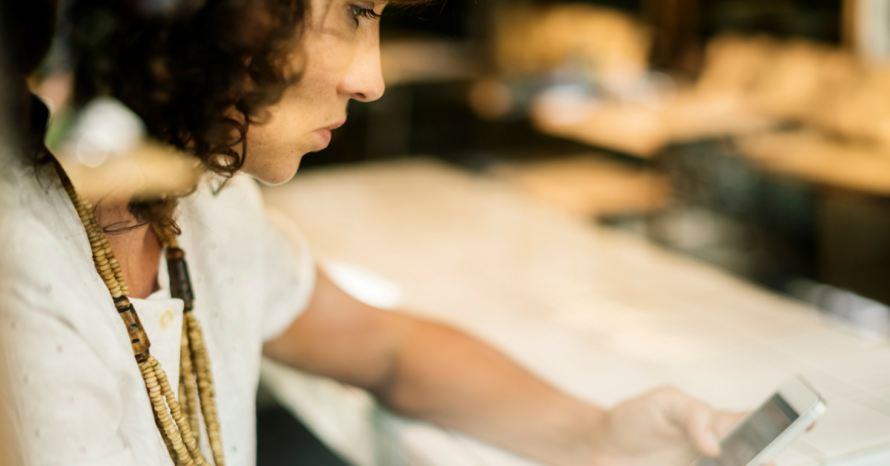 There is no denying IUDs are effective at preventing pregnancy. In fact, they are about 99% effective with little room for user error! Wahoo! Who doesn't love that? But like all forms of birth control, IUDs have side effects. As we roll into talking about IUD side effects it is important to understand that there are two types of IUDs—hormonal and non-hormonal. Let's first explore the difference in these contraceptive devices.

In the United States, women have access to 5 different types of IUDs. One contains copper and the other four release levonorgestrel, which is also known as progestin (not the same as progesterone).

Hormonal IUDs by name and amount of progestin released:

Yes, each IUD has a unique amount of progestin they release. This why some women do well with one and not another. We're going to get into the side effects soon. I want to first help you understand the difference in the amount of hormone each IUD contains and how much is released to you daily.

This IUD contains 52 mg of progestin and an anticipated release of 20 mcg/ day. It's approved to be used for 5 years before needing to be removed. The Mirena has the highest amount of hormone released daily.

This IUD contains the same amount of progestin (52 mg), but is estimated to release 18.6 mcg of progestin daily, which is slightly lower than the Mirena. This device has been approved for four years of use, which means it needs to be removed four years from being placed.

Kyleena contains 19.5 mg progestin and is expected to release 17.5 mcg/day. Like the Mirena, this is approved for 5 years of use.

Skyla IUD has the lowest amount of progestin (13.5 mg) at time of placement and the lowest anticipated release rate of 14 mcg/day. This IUD has the shortest approved use of three years.

Looking to support your body on or off hormonal birth control? Grab the Hormonal Birth Control Quick Start Guide 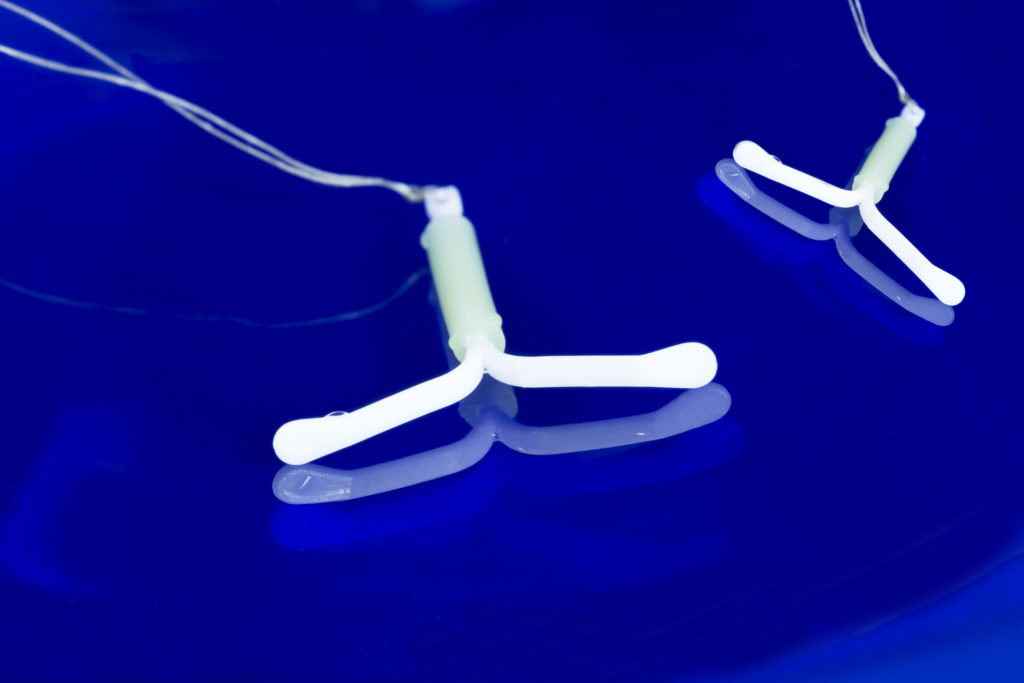 This is the only non-hormonal IUD available in the US. It contains 380 mm2 copper and is approved for 10 years of use. It goes by the name ParaGard, but you'll also see it sometimes abbreviated as TCu380A.

The copper prevents the sperm from swimming and therefore, prevents egg fertilization. It is also possible that it prevents implantation, which means, sperm and egg meet but the embryo cannot make your uterus its home.

The copper IUD can also used as a means of emergency contraception.

Research has shown that placing the copper IUD within 120 hours of unprotected sex had a <0.1 percent pregnancy rate.

Perforation and expulsion—these are the two most women are concerned about and what patients in my medical practice want to understand first before moving forward with an IUD. Perforation (IUD into your uterus) and expulsion (IUD kicked out of your uterus) are both scary thoughts. But take a breath. I'm going to explain what this means and what's the risk.

Perforation—The IUD Attaches to Your Uterus and/or Busts Through

Yeah, a plastic or copper wrapped device busting through the wall of your uterus is as bad as it sounds. And painful. It can also lead to scarring, damaged organs, infection, infertility and some big-time surgery. The risk appears to be higher for breastfeeding women. Yeah, like postpartum wasn't hard enough. <eye roll>

Perforation is thought to be more of an issue during placement than the IUD migrating and passing through the uterine wall. What does that mean for you? If you're getting an IUD then you want the pro to place it! That means a health care provider who does these on the daily. Planned Parenthood or a gynecologists office is where I recommend my patients go when they've decided to get an IUD.

What's the risk of perforation?

The risk of perforation is about 1 in every 1,000 IUDs that are placed. Low risk, but you can make it even lower by having it placed by someone with experience. If you're really concerned, talk to your doctor about the position of your uterus and any other individualized risk factors that could contribute.

Bleeding and pain come with the territory when you place an IUD in your uterus, but excessive pain, increased bleeding or not being able to feel the strings is a sign that perforation may have occurred. When it comes to IUDs, if you suspect anything is wrong, get to your doctor immediately. A quick ultrasound can help them see what is going on and at the least, give you peace of mind that everything is ok.

Expulsion—Your Uterus Kicks It OUT

Who is at risk of IUD expulsion?

Women with a history of heavy (menorrhagia) or incredibly painful periods (dysmenorrhea) are at higher risk of expulsion. Postpartum women is also a risk factor for expulsion. If you've already had IUD expulsion then your risk is about 14%!

What are symptoms of expulsion?

More than the usual cramping, either with your period or outside of menses, can be a sign of expulsion. If you experience a significant increase in bleeding, continuous spotting, new vaginal discharge then you'll want to see your doctor and possibly have a transvaginal ultrasound to check out where your IUD is currently residing.

While these side effects are scary, the risk of perforation is low and a chat with your doctor and screening of risk factors can help you determine if you're in the high-risk group. Ok, the big and scary ones are done! Now onto the more common side effects of IUDs.

Looking to support your body on or off hormonal birth control? Grab the Hormonal Birth Control Quick Start Guide

And nobody likes that! While you may have heard the hormonal IUD can make your period gone for good, it is estimated that this occurs in only 6-20% of women. Why such a range? The higher progestin IUDs are associated with higher rates of amenorrhea (absent period). Lower hormones mean more likely your period will hang around.

Research that looked at women after one year of use found that wonky (yes, that is a medical term. Ok, not really) bleeding like bleeding for a long time (59%), bleeding at the wrong time (up to 52%) and spotting (23-31%) were among the most common period related side effects.

In my clinical practice, I've worked with patients who have spotted for months after having their IUD placed. This warrants a trip to the doctor who placed it to make sure everything is ok, but this can be a side effect seen with hormonal IUDs.

A study in the New England Journal of Medicine that looked at 1.8 million women ages 15 to 49 years and found that hormonal contraceptives, including IUDs, were associated with an increased risk of breast cancer.

They found a 20% increased risk of breast cancer in women who used hormonal birth control compared to women using non-hormonal forms of contraception, like condoms, non-hormonal IUD, or FAM.

Studies have shown young women who use hormonal contraceptives, including the IUD, have three times the risk of suicide compared to women who have never used hormonal birth control. Yikes!

Depression (and anxiety) are commonly reported with hormonal contraceptives, the hormonal IUD being no exception. If you have a history or family history of depression, you may want to consider non-hormonal alternatives.

The IUD with copper can lead to heavy, painful periods. One benefit of the copper IUD is that you will continue to have a period, which means you can track your cycle and are not suppressing hormone function in the way hormonal contraceptives do. But the downside is it may be very heavy and may also increase cramping.

In a study comparing copper IUD vs progestin IUDs, they looked at over 3,800 women using these and found that copper IUD users reported greater increase in blood flow, increase in the frequency of bleeding and more cramping compared to the hormonal IUD group. Some studies report these symptoms reduce or subside over time, but that is not always the case. If you're concerned, talk to your doctor.

While studies have stated that the increase in bleeding does not lead to anemia in most cases, clinically I found that it does without iron supplementation. And this makes sense, right? If you have increased blood loss that is rich in iron for a longer period of time then you can expect your iron levels to get low. This is why I monitor women for anemia in my clinic and recommend taking a prenatal for comprehensive nutrient and iron support.

If you already have heavy (menorrhagia) or painful (dysmenorrhea) periods then you may want to rethink this one.

There have been studies showing women with a copper IUD have higher blood levels of copper. It has been recommended that further studies be conducted to understand if the levels seen in the blood could be associated with copper toxicity and if that is something that occurs in any women or certain subsets of the population.

If you have Wilson's disease, a condition where copper is allowed to accumulate in the body, or copper toxicity, it is advised you steer clear of this IUD.

When compared with hormonal IUDs, copper IUD users have a greater risk of pelvic inflammatory disease (PID), a condition where the uterus, fallopian tubes, and/or ovaries become infected. This usually occurs because of a sexually transmitted infection, which IUDs do not protect against.

Symptoms that occur with PID include fever, pain, discharge, new onset of pain with sex, or pain with jarring movement. About 1/3 of women with PID see abnormal bleeding like in between cycles, after sex, or a heavier period.

Alternatives to an IUD

While there are benefits that come with IUDs, there are also risks in considering if an IUD is right for you. A chat with your doctor can you help you understand your individualized risk and if an IUD is the best contraceptive choice.

Looking for other alternatives to hormonal contraceptives?

Here's to making better-informed decisions for your body!