Can You Get Pregnant Any Time of The Month? - Dr. Jolene Brighten 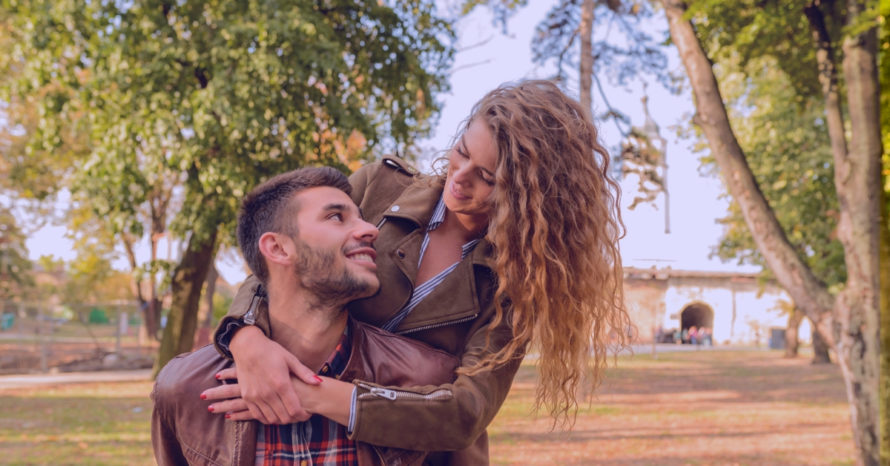 Can you get pregnant any time of the month is a very common question women ask in my clinical practice. Heck this, was something I wasn’t even sure about until I got into naturopathic medical school. And this is a question a lot of women don’t know the answer to until they set out to get pregnant.

I had the opportunity to interview Sam Gladdish about her journey with birth control and she explained that understanding when she was fertile and how ovulation works is something she wished her doctor would have explained to her as a teenage girl.

Why We Believe We are Fertile Every Day

Did you know that in the United States only 17 states legally require health education classes to be medically accurate? Or that 29 states require abstinence be stressed?

To stress abstinence, some instructors will resort to fearful misinformation and thus, the myth that you can get pregnant any day is born. If we are taught false information during our formative years by people we perceive to be in a state of authority and trust, it can be much more difficult to accept the facts when they are presented to us later in life.

Listen, if you believe in abstinence, want to practice it, or feel it should be part of education then let me be clear that I'm not telling you otherwise. But what I am saying is that lying about physiology to make someone conform to an ideal is wrong.

People deserve medically accurate information about their body so they can make an informed decision.

But for people, it may not even be that she was misinformed. It can be as simple as just never being taught about your body.

Can I Get Pregnant Any Time of The Month?

When we ovulate, we typically release only one egg in a month and it is during that time that we are able to become pregnant. Most experts agree that if the egg is not fertilized within a 24 hour period it will dissolve. Once the egg is gone you are unable to get pregnant. You will not be fertile again until after your next period.

Sam was a young teen when she started the pill. She felt frustrated that she, like so many of us, wasn't taught about her body, her hormones, or how her menstrual cycle works.

“I was upset that I was so young and that no one taught me about ovulation and how you can only technically get pregnant only during one time of the month. When you're a teen you're taught you can get pregnant any day,” she said. She felt angry and betrayed, especially as she began to learn what the pill had been doing to her body over 8 years.

I can relate to Sam's feelings of frustration. It wasn’t until I got into medical school that I came to understand that I couldn’t just pregnant any day out of the month. I was upset that I had been taking a pill every day when I only ovulated one day.

But so many of us are taught we can get pregnant any day out of the month. Or we aren’t taught at all about ovulation and what are the signs that we are fertile.

In fact, most of us aren’t taught about when we can get pregnant until we actually want to become pregnant. Decades into our reproductive life we are finally given information that should have been given to us the day we began are period.

The answer to this question is, no. You can not get pregnant any day of the month.

Can you get pregnant 36 hours after ovulation?

Luteinizing Hormone (LH) is a brain hormone that spikes and triggers ovulation. Ovulation typically occurs 24 to 36 hours after the LH surge. If you're using LH test strips of tracking basal body temperature then it is after the spike that ovulation follows. However, once the egg is released it will only be viable for 24 hours if it is not fertilized.

So when are you fertile and when can you get pregnant?

In general, women are only fertile about 24 hours, maybe 36 hours, in a month. That’s right, one day out of the month.

But that sperm is tricky!

Sperm can live up to 5 to 6 days in a woman’s reproductive tract. That means that you can have unprotected sex 6 days before you expect to ovulate and then become pregnant. Yikes! That sounds a bit scary, but really, it’s not.

If you’re a women using Fertility Awareness Method (FAM), you can dial this in so that you know when to avoid intercourse or use a barrier method like a condom. And these days, Femtech devices make it so much easier to know your cycle and avoid pregnancy naturally. Daysy is one fertility monitor that can help you do this. You can read more about it here.

Natural Cycles is another option to avoiding pregnancy. It is the first FDA approved contraceptive device that uses technology to help you avoid an unwanted pregnancy.

But even if you're using a device, you still want to pay attention to your physical symptoms. Keeping reading and I'll explain.

Can you get pregnant on your period?

Was your Sex Ed an epic fail? Yeah, mine too. And so was Sam’s. In her interview she makes such powerful statements about how we are not taught about our cycles, ovulation and done a disservice when it comes to our health.

It is unlikely you can get pregnant on your period, however, if you have a longer period or shorter cycle then you may be fertile while still bleeding. Remember, sperm can live for several days.

Let me give you an example. Let’s say your period is 6-7 days, but you ovulate on days 10-12 of your cycle. Note, day 1 is the first day of your period. If you have sex days 5-7 of your period and then ovulate on day 10-12, then you may become pregnant due to the survival of sperm within your reproductive system.

Using basal body temperature tracking can help you dial this in so there are no “whoops” in the bedroom.

What are signs of ovulation?

“What’s that goop in my underwear?” I have had patients who have never experienced fertile cervical mucus until sometime in their 40’s. That’s because they were put on hormonal birth control at a young age and left on it for 20-30 years!

Typically your temperature will decline just before ovulation and then a spike will follow with ovulation. This spike can be as subtle as say a 0.4 increase in temp or as much as a full degree. To track BBT, take your temp first thing in the morning before you get out of bed. You can do this with a thermometer then paper chart or plug the data into an app or you can use a femtech device.

The texture will be sticky and stretchy similar to raw egg white consistency. You may also experience and increase in secretions with a wet and slippery quality.

Not every woman experiences this, but if you do mid-cycle then it may be a sign that you’re in your fertile window.

An uptick in libido generally occurs prior to ovulation and through the fertile window.

This can take time to master, but you can feel your cervix is softer, higher, and the os (opening of cervix) will become more open in your ovulation window.

A Twinge or Cramp:

This is known as Mittelschmerz, which is when some women can feel ovulation. I explain in Beyond the Pill how to manage this if it is too uncomfortable.

It is possible to have some light spotting with ovulation. Of course, if you’re ever concerned about mid-cycle bleeding then you definitely want to meet with your doctor to have it checked out.

Sam started the pill because that's what all her friends were doing at her age and she saw the freedom and ease they had with their period. Can you blame a gal for wanting to get in on this?

Before she began hormonal birth control she had cramping, acne, and migraines. Once she began her cramps improved, but mood swings increased and migraines persisted. Her skin did become clear, but she felt anxiety and irritability increase leading up to her period. Essentially, her PMS mood symptoms were worse.

Can the Pill Make You Emotional?

But like many women, Sam had side effects that made living a full and joyful life difficult. As we discuss, the pill can make some women emotional and even feel more depressed.

As I explain in my book, Beyond the Pill, mood symptoms are commonly reported among women who begin hormonal contraceptives.

In a large epidemiological study published in JAMA, it was found that women were more likely to be diagnosed with depression and prescribed antidepressants after beginning hormonal contraceptives. This study followed women for 13 years and found that women who were prescribed the combination birth control pill, that is estrogen and progestin, were 23% more likely to be prescribed an antidepressant.

As Sam explains, her doctor gave her zero education regarding starting hormonal birth control. She didn’t know what side effect might look like or what to look out for. And worse, she felt like she was never taught about her body, ovulation, or when you can get pregnant by her doctor or in her sex education classes.

Curious When You Can Get Pregnant, How to Support Fertility, Get Pregnant Naturally, and Ovulate Regularly After Birth Control?

Grab yourself a copy of Beyond the Pill and the over $250 in bonus materials to help you optimize your hormones now!

In Beyond the Pill I share my proven 30-day program designed to reverse the myriad of symptoms women experience every day—whether you choose to stay on the pill or not. The first book of its kind to target the birth control pill and the scientifically-proven symptoms associated with taking it, Beyond the Pill is an actionable plan for taking control, and will help readers:

Featuring simple diet and lifestyle interventions, Beyond the Pill is the first step to reversing the risky side effects of the pill, finally finding hormonal health, and getting your badass self back.

Can I Get Pregnant Any Time of The Month? Beyond the Pill Stories with Sam Gladdish & Dr. Jolene Brighten

In this interview you'll learn: