Is Migrating Motor Complex the Surprising Cause of IBS? - Dr. Jolene Brighten 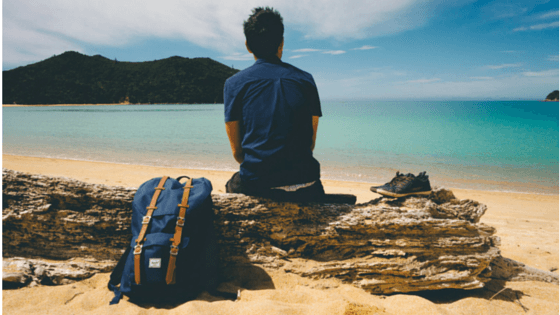 This time on the blog I want to talk about the cause of IBS, like the migrating motor complex and more. This is all sort of spiraling out of a SIBO Symposium I just attended and I wanted to share it with you.

I had the pleasure of attending the SIBO Symposium at the National College of Natural Medicine in Portland, Oregon last week. The speakers were fantastic and a lot of great information was shared regarding SIBO and IBS, all of which I’ll be sharing with you through my blog and videos on YouTube.

I will be sharing some of the pearls in treating IBS and SIBO over a series of videos. I think you'll find them helpful.  Please be sure to subscribe to my YouTube channel so you don’t miss any. 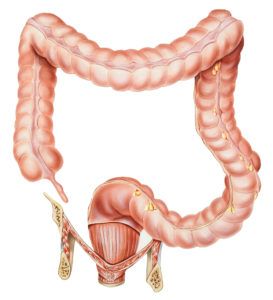 disorder. There are different forms of IBS—constipation, diarrhea, and alternating constipation and diarrhea. Stomach pain, gas, bloating, and abdominal discomfort are common in those who suffer from IBS.

For many years, conventional medicine has viewed IBS as being largely psychological. Dr. Mark Pimentel discussed the flaws in this reasoning as revealed by studies, which demonstrated an infectious component to the development of IBS.

Which brings us to the new test and the possible underlying cause for IBS—anti-CdtB antibody and anti-vinculin antibody. Let's talk a little bit more about what is believed to be the underlying cause of IBS with diarrhea and the mechanisms so you can understand why we would test for these antibodies.

When you ingest pathogenic bacteria, they can release a toxin known as Cytolethal Distending Toxin or CDT. Bacteria such as Campylobacter, E. Coli, Shigella, and Salmonella release the toxin and, because your body is wise, it creates an antibody to CDT (anti-CdtB). However, in a process of molecular mimicry, your body can get confused and start to make antibodies to vinculin. This then results in the destruction of the interstitial cells of Cajal (ICC).

Bottom line: Some specific bacteria can indirectly trigger your immune system to attack a key component of your digestive tract resulting in IBS.

It is now believed that IBS has an underlying autoimmune component. The anti-CdtB and anti-vinculin antibodies result in an autoimmune response and destruction to the ICC cells.

Now I know when I say autoimmune, that raises red flags, and I definitely understand that. But, what some of the research has shown is that after successful treatment, the ICC cells can regenerate in about three weeks. Which is pretty cool, because most nerves in the body take a long time to regenerate. It also tells us that the tissue destruction that takes place is not permanent, so you can actually heal your body and recover from IBS and become symptom-free.

Since it is estimated that over 80% of people with IBS also have SIBO, both testing and treatment of SIBO, if present, should be part of therapy. Additionally, elevated anti-CdtB antibodies have been correlated with SIBO. This is a promising discovery. By treating the underlying cause and promoting gut and immune system healing, IBS can be reversed.

Anti-CdtB and the anti-vinculin antibodies can currently be ordered through a lab called Commonwealth. Commonwealth also offers the lactulose breath test for screening for SIBO.

I'm hoping to see more labs pick this up. For now, it's really exciting that we can use these tests to understand the underlying cause of IBS, the prognosis, and how difficult the case may be to treat.

I hope you found this really exciting and helpful. Stay tuned for the additional video and posts where I’ll share even more about this leading-edge research and new treatment protocols for IBS and SIBO.