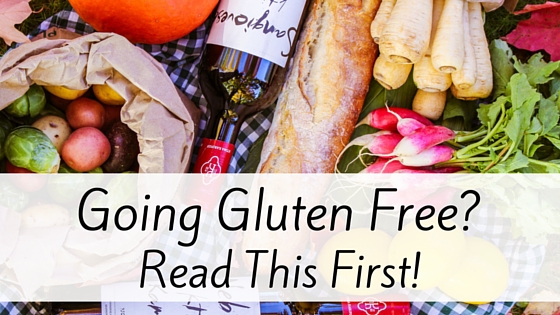 If you're considering going gluten free then you'll definitely want to test for this!

I know it may seem counter-intuitive, but there’s something you might consider doing if you feel like gluten is harming your health.

Eat more of it.

Ok, let me explain. Our first instinct when we learn about the inflammatory properties of gluten is to eliminate it completely. Which makes total sense. Between celiac disease, wheat allergies, FODMAP sensitivities, and non-celiac gluten sensitivity, you don’t have to test positive for celiac disease in order to benefit from gluten-free diet. (1)

But wait! If you suspect at all that you may have celiac disease, you need to be consuming gluten in order for the celiac blood tests to detect the antibodies for the disease (and for the follow up confirmation testing).

3 Reasons You Should Test for Celiac Disease

So, you’re pretty positive that gluten is harming your health. Maybe you even have a blood relative or two who have celiac disease. Why not just go gluten-free without testing?

Celiac disease is a hereditary condition in which the immune system attacks the intestinal lining in response to the gluten protein. This protein is found in wheat, barley, rye, and other related grains (not to mention a host of other products that contain gluten but don’t necessarily label for it). Like most autoimmune conditions, celiac disease develops as a result of a complex interplay between genetics and your environment, i.e. stress, trauma, diet, medications, etc. If you test positive for the condition, it’s more likely your siblings and children will have it. The more people in your family who test, the more you’ll be able to protect each other. Much of the time, the physical symptoms don’t show up until a LOT of intestinal damage has been done. (2)

You should know the severity of your sensitivity. Some folks with NCGS find that they can consume extremely small amounts of gluten or that they don’t react to wheat products in other countries, like France or Italy. If you have celiac disease, it’s so important that gluten is strictly avoided in all forms for the rest of your life! This is much different than having it in the back of your mind that you can have a baguette the next time you visit Paris.

3. Celiac disease is an autoimmune condition.

What Lab Tests to Consider Before Going Gluten-Free

As mentioned above, it’s important that you’re currently consuming gluten if you want accurate results with these tests. Traditional testing for celiac disease begins with blood tests and is confirmed with a biopsy of the lining of the small intestine.

If you’re concerned that you may have celiac disease, ask your doctor for the following tests:

If you test positive for celiac disease, then this is powerful knowledge that you can use to keep yourself healthy for the rest of your life. If you test negative and celiac disease runs in your family, you may want to re-test every couple of years.

For even more about celiac disease and why it’s more than just a tummy ache, check this out.

I'd also recommend reading up on what to do if you do eat gluten and have NCGS or Celiac disease here.
References: